"It does not make a difference if we are talking about the consolidation of print servers, overcoming bottlenecks when field offices are connected via narrow bandwidth lines, or the virtualization of network environments, ThinPrint® Gateways have improved the printing performance for thousands of companies significantly," states Joachim Sturmhoefel, Managing Director of SEH Computertechnik GmbH. With its ThinPrint® Gateways SEH has contributed enormously to the smooth usage of ThinPrint technology of many users. For tens years, the company invested versatile know-how and meticulous work into the product line's development.

In 2006 the first ThinPrint® Gateway, the TPG60, was released. With this hardware up to 6 network printers could be embedded into a ThinPrint infrastructure. Two years later, the Bielefeld-based company added the TPG120 with which up to twelve devices could be integrated. In 2011, SEH developed a new and up-to-date platform for the ThinPrint® Gateways: the TPG-25 (for two network printers) and the TPG-65 (for six network printers) replaced the TPG60 and TPG120. These new products featured an optimized user interface, improved SNMP monitoring of the embedded printers, print job buffering to prevent data loss if the printer is out of service, a Gigabit Ethernet connection, and IPPS to encrypt print data transmission all the way to the printer.

In 2015, a new TPG hardware platform and thus the third device generation was released. The TPG-125 for integration of twelve network printers into a ThinPrint environment led the way. Subsequently the TPG-25 and TPG-65 were transferred to the modern hardware. Today's device generation not only distinguishes itself through noticeably improved performance thanks to a faster CPU and more RAM, but also includes current developments from the network security area and thus offers state of the art encrypted print data transfer (e.g. TLS 1.2), for example.

During the last ten years SEH released over 50 updates for the TPG software so that the ThinPrint® Gateways always meet present-day network technology standards. Since 2006, the company has sold several thousand ThinPrint® Gateways per year. However, that is no reason to sit back and relax for SEH: "We are fully committed to constantly improve our ThinPrint® Gateways in best co-operation with our partner ThinPrint. In addition our TPGs always profit from improvements and new features which we derive from our experience with other enterprise network products," says Sturmhoefel. Right now the remote management as well as the backup and failover features are being optimized. 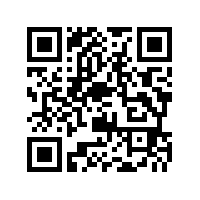