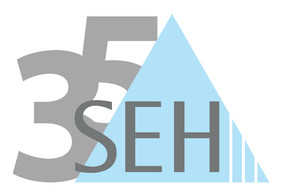 From LANs to IIoT, SEH Consistently Adds Value to Company and SOHO Networks

In 1986, computer network-related technology innovation was hot and accelerating quickly. SEH Technology is one of the few companies founded at that time which has succeeded independently for 35 years. The company's "secret sauce" is two-fold: high quality German engineering and the ability to spot and capitalize on emerging market trends. Importantly, customers trust SEH to help them drive value from their networking investments, internally and externally, all the way out to IIoT devices.

"Customers love our products because they just work," said Mike Majewski, president and CEO of SEH Technology. "Throughout our history, we've made simple products that solve frustrating, time-consuming and expensive network-related problems. All our products are easy to integrate and use."

Another competitive advantage has been SEH's free support and updates. Moreover, customers can extend the warranty from 36 to 60 months, simply by registering for the free 24-month extension.

Brothers Joachim Sturmhoefel and Christian Sturmhoefel met their SEH co-founders, Rainer Ellerbrake and Peter Herden while studying engineering at Bielefeld University. All four also worked part-time at a company which produced Apple components and accessories. During their third year at university, they began creating their own computer board product, which took an entire year to build.

About that time, Japanese printer vendor Kyocera sought a printer card that could expand its printer's memory. That print server product became SEH's first product and also its foray into the OEM world. While working on the product, SEH's founders realized that printers should be operating system agnostic and able to connect to many computers via a network.

"They successfully created the industry's first multiprotocol print server and entered the OEM business with it," said Majewski. "Epson, HP, Citizen, RolandDG, PSi, Tally and others followed because they wanted to make their printers available via a network too, like Kyocera."

The print server business served as a launching point for the next product which was a ThinPrint gateway and ThinPrint reader for server-based computing. The product was capable of optimizing and compressing the transfer of print data from an off-premise computer to an on-premise server, then to a printer in the ThinClient environment.

By 2000, it became clear that there was a growing market for appliance servers and dedicated systems for specialized tasks, so SEH introduced an intelligent spooling device product line which was used as a hardware replacement or supplement to Microsoft print servers. SEH's spooling device was also capable of distributing printer drivers to printing clients. That product led to a partnership with international ICT solutions and services group Datec and an expanded relationship with Kyocera. Specifically, the Datec partnership resulted in an output monitoring device which allows Datec to sell its software without having to be installed on a Windows Server. For Kyocera and Kyocera Mita (now Kyocera Document Solutions) and others, SEH developed a network analysis box which independently pulled and saved a WireShark trace on a network.

As USB connections started to get more popular, SEH added a USB interface to its external print server. By 2008, it was developing a dedicated USB to network (UTN) device for BAE Systems which was supplying the U.S. military with external hard drives. SEH also developed a dedicated USB device server that is the basis for its UTN product line.

"SEH was one of the first companies to make printers network-compatible. It was also the first manufacturer in the world to launch a dedicated solution for dongle management," said Majewski. "Throughout our history, the company has continued to work closely with our customers and partners while keeping an eye on market trends and new opportunities for innovation."