Phoenixville, PA,  July 17, 2017 -- SEH Technology Inc. – the U.S. subsidiary of SEH Computertechnik GmbH, a Germany-based network solutions innovator – announces the North American release of a USB device server with speeds and form factor aimed at industrial applications. With two USB 3.0 SuperSpeed ports, the INU-100 USB device server extends USB-to-PC connectivity from the five-to-ten-meter limit of a physical USB cable to the unlimited reach of an IP network. While doing so, it serves critical industrial deployments with high-availability features. The INU-100 transfers data at unmatched speeds of up to 100 MB/s for one device or up to 40 MB/s per port for two devices in a Gigabit network.

In a resource-sharing scenario, the INU-100 gives multiple users remote, one-to-one access to a USB-connected device, which can be anything from a storage peripheral to such things as video cameras, DVR burners or license dongles,  to name a few examples. In an Industrial IoT scenario, it enables system designers to use USB-connected sensors, actuators or cameras, for example, in place of more expensive, network-ready equivalents. With a serial-to-USB adapter, the device server also can pull data from many of the  RS232 or even RS485-connected devices still commonly found in industrial environments.

In any of these scenarios, by relocating the data-collecting computer to a remote site, the INU-100 eliminates an on-site PC maintenance and administration burden. More important, it removes a broad attack surface from the industrial network edge. This is a top-of-mind and growing security concern ever since the first of several highly publicized hacking incidents took place through cameras and HVAC systems.

The INU-100 is made for installation in control cabinets via industry-standard, 35-mm top-hat rail housing. Its high-reliability features include:

"USB connections have distance limitations of five to ten meters," explains Mike Majewski, President, SEH Technology, Inc. "If you want to reach that device over a production line of 100 meters, say, you need Ethernet. And if you want to transfer the data over Ethernet, you need an industrial PC in your control cabinet, with a whole OS that's vulnerable to ransomware – something that keeps production managers awake at night. Here, you have an embedded, custom-architected piece of hardware that's not even binarily compatible with the standard i386/AMD PC platform. So it's not a target for the worms, Trojan horses, viruses, etc. we read about."

The INU-100 easily switches USB 3.0 connections among multiple users through the SEH UTN Manager software, which runs on Windows, Linux and Mac operating systems. It also comes with free updates and US customer support. It is available now from SEH Technology, Inc. 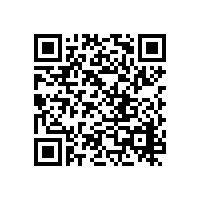