KEYLOK has a 33 year history of providing hardware-based security and licensing to thousands of companies across hundreds of industries worldwide. Our customers include Independent Software Vendors and Systems and Device Manufacturers. We were founded in 1980 by former Martin Marietta engineers. KEYLOK is a privately-held company based in Denver, Colorado. Our company is run by CEO, Stuart Zinanti.

KEYLOK is pleased to be a part of SEH’s Technology Alliance Partner (TAP) program. The testing with SEH’s Dongleserver has been very successful. All three product lines (KEYLOK2, KEYLOK3 and Fortress) were tested with Dongle Server on Windows7 and Windows8. The integration was flawless and worked right out of the box. SEH’s documentation was very clear on how to setup the Server and everything worked just as described.

Many KEYLOK customers are moving to virtual environments with virtual servers. The dongle server hosts KEYLOK dongles on a network. This allows for dongle use in virtual environments and dongle hosting for remote workers. This keeps the licenses in a safe location and always under administrative control, even for workers in the field. Dongle server assures that licenses are always enforced by a 1 to 1 connection.

“Our customers have responded favorably to SEH’s Dongleserver. They simply plug-in the KEYLOK dongle to the dongle server and the application runs securely and licensing is enforced. Dongle Server provides a simple security solution for virtual environments.” - Meher Malik, Senior Systems Engineer 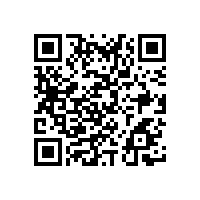